Transferred to the 13th Light Dragoons on the 1st of November 1850.

Discharged from Colchester on the 13th of October 1873 as "Free, at own request, after 21 years service."

He was awarded a pension of 1/2d per day.

Documents confirm the award of the Crimean medal with four clasps, Turkish Medal and the Long Service & Good Conduct medal with a gratuity of £5.

Entitled to the Crimean medal with clasps for Alma, Balaclava, Inkerman and Sebastopol.

A supplementary roll (undated) signed by Major Henry Holden shows him as being issued with the Crimean medal (with clasps for Alma, Balaclava and Inkerman) on the 7th of October 1855.

Awarded the Long Service & Good Conduct medal on the 27th of March 1869. 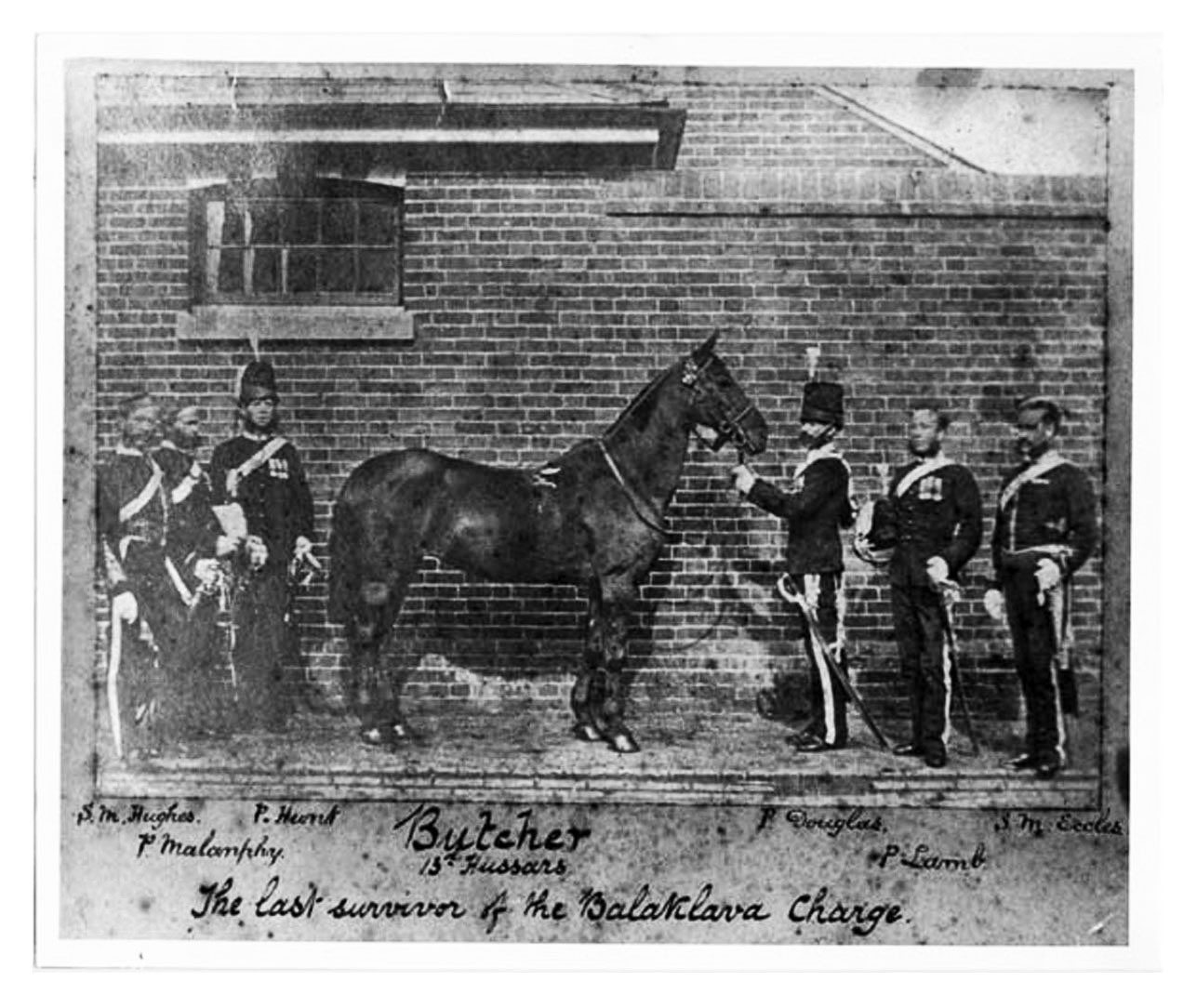 John Douglas pictured in 1873 with '"Butcher", The last survivor of the Balaklava Charge' and five other men of the 13th Hussars [Light Dragoons].

As "P. Douglas", he appears in a photograph taken at Colchester in 1873 along with several other men still serving in the 13th, and "Butcher", a veteran horse from the Crimea. Since several of the men pictured are known to have taken part in the Charge, and it is obviously a posed picture, quite probably all charged.

This photograph can be found in Barrett's Regimental History.

Died in the Glasgow Pension District on the 30th of December 1874.

Douglas is shown in the photograph of a group of 13th Hussars, all supposedly Balaklava men, with A35 Butcher, the "Bakalava mare", in Barrett's regimental history.

"Butcher", The last survivor of the Charge of the Light Brigade, with six men of the 13th Hussars [13th Light Dragoons until 1861], including John Douglas.

For further information, or to express an interest in the project, please email the editors, Philip Boys & Roy Mills, viainfo@chargeofthelightbrigade.com