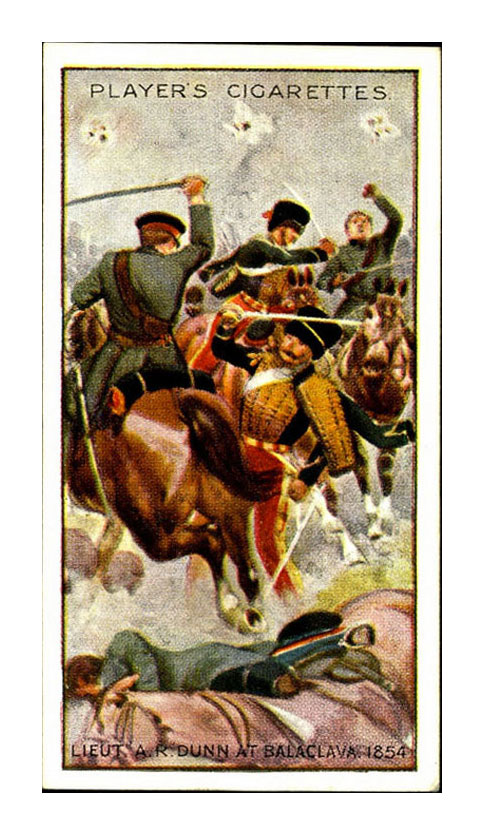 This page focuses on death, burial and memorialisation. In many cases, there is considerably more information in the EJBA e.g about his childhood, military career, medals, discharge, and family and later life, but this is not being posted online at the moment. If you can contribute photographs (for example showing the current state of a grave or memorial) or additional information, or have a particular interest, please contact the editors.

Born at Kilnwick-on-the-Wold, Yorkshire (according to his obituary notice) on the 25th of October 1816.

The parish records of Kilnwick-justa-Witton show a William Bentley, the son of John and Mary Bentley, was baptised there on the 25th of October 1817 by the Revd. William Lugard, Curate. His father's occupation was shown as that of a Labourer.

His burial took place in the old part of York Cemetery, Grave space No. 5854N, on the 5th of March 1891. (See report of his death and funeral taken from the "Yorkshire Daily Chronicle" for the 2nd and 5th of March 1891 in the 11th Hussar file.) This cemetery is owned by a private company.

The grave also contains his wife, Elizabeth Bentley, who died on the 24th of June 1888 from "malignant disease of the stomach" aged 63 years. Her address at the time of death was also in St. John's Crescent. This must have been his second wife. A tombstone was erected and besides showing the names and dates of death also bore the inscription, "One of the Six Hundred at Balaclava, 1854."

There is a photograph of his tombstone in the 11th Hussar file. The inscription on it reads:

"In loving memory of Elizabeth, the beloved wife of William Bentley, who died June 24th 1888. 'Thy will be done.'

In his will he left his personal estate and effects to the value of £185 to his sons, George Bentley, of 27, Orderly Street, Burton-on-Trent, a brewer, and Arthur Bentley, of 2, Clarence Place, York, a law clerk.

The Mary Bentley said to have been his first wife is also buried in York Cemetery, Section 38, Grave space, 2196. She is shown on the Cemetery records as dying of "Bronchitis apoplexy" on the 29th of January 1883 at No. 63 Lowther Street, York. Wife of William Bentley, pensioner, aged 63 years. (The 1851 Census returns for Pockthorpe Barracks at Norwich show her as being aged 37 years and having been born at Canterbury, Kent.)

Also in the same grave space is William Bentley, who died of "kidney disease", aged 31 years, on the 30th of October 1876, his address also being Lowther Street, and Arthur Bentley, a solicitor's clerk, who died on the 29th of April 1906, aged 48 years. His address at this time was No. 23 St. Olave's Road, Clifton, York. No stone was erected over this grave.

St. Catherine's House records show the death of a Mary Bentley aged 63 years, at York in the January-March Quarter of 1883, and an Elizabeth Bentley, 63, at York during the April-June Quarter of 1888.

Extract from the Yorkshire Chronicle, 7th of March 1891:

"Death of a Balaclava Hero at York. One of the few remaining British heroes who came back 'from the jaws of death' after the famous charge of the Light Brigade, has been summoned by the grim sentinel, Death, to the fate he averted under Lord Cardigan. Troop Serjt. Major William Bentley, late of the 11th (Prince Albert's Own) Hussars, was born in Kilnwick-on-the-Wolds, Yorkshire, in 1816, and at the age of 19 years enlisted at Beverley, serving 25 years in the regiment. With the 11th he took an active part in the Crimean War, being engaged at the Alma, Inkerman and Sebastopol.

In the Balaclava Charge he would most assuredly have lost his life if it had not been for the timely intervention of the brave Lieutenant Robert Dunn [sic], who cut down three Russians who were attacking the Sergeant from the rear. He did however, receive a lance prod in the neck and a bullet graze in the calf of his leg. His gallant rescuer was publicly decorated with the Victoria Cross for his bravery and subsequently became Colonel of the West Riding (Duke of Wellington's) regiment, now stationed at York.

Deceased was on escort duty when her Majesty was married to the Prince Consort. On his leaving the 11th Hussars he was appointed Drill-Instructor of the Wiltshire Yeomanry and having held that appointment for twelve years, retired into civil life, with a record of 37 years under the colours. He took up his abode at York and died after a lingering illness at his residence, No. 2 St. John's Crescent, Penley's Grove Street, in the 74th year of his age.

The obsequies took place on Thursday morning with every manifestation of respect, and with full military honours. The band and a full squadron of the 10th Hussars under the command of Captain B.B. Hervey, met the cortege at the deceased's residence and escorted it through the city direct to the cemetery. The coffin, of plain oak, rested on the gun-carriage drawn by powerful black steeds in funeral trappings. The Union Jack over spread the bier and a black velvet pall was laid on the colours. The band headed the funeral procession, playing Chopin's "Funeral March", after which came the coffin itself, flanked by six corporals who acted as bearers. The relatives and friends came next, followed by fourteen sergeants and sergeant-majors who composed the mourning party and wore black sashes, the firing party and a number of men from the 10th bringing up the rear.

The streets en-route to the cemetery were lined with spectators, whilst a considerable number had gathered at the graveside.

The service was conducted by the Revd. F.C. Sandford, rector of St. Maurice and the funeral arrangements conducted by Mr. D.T.L. Fletcher. Amongst those who assembled to pay a last respect to their "old-comrade-in-arms" were Mr. Duckitt, who served in the 11th Hussars, Mr. John Hogan (8th Hussars) and Mr. William Pearson, who were with the deceased in the famous charge; Inspector Duke and Sergeant Major Wintersgill, who were with the 1st Royal Dragoons in the Crimea; Mr. Smith, 5th Dragoon Guards, Sergeant Major Dalby, 16th Lancers, Sergeant Major Whittaker, 5th Lancers and Sgts. Smith, Roberts, Yeomans and Leonard, all veteran Infantry men."

The "Mr. Duckitt" mentioned could possibly have been 1140 Joseph Duckett, 11th Hussars.)